In this article we finally write about our favourite gay bar in Berlin Mitte, where high quality cocktails are combined atmospheric minimal techno and plain dark design. On this occasion we reflected on the Cocktail party effect – how can you concentrate on a single thread of conversation, if you are surrounded by many people, music and other acoustic chit chat.

You enter our favourite bar through an arch made of living vine, which hides the entrance a little bit and could symbolize abundance, luxury and well drinks or more symbolic a gathering. If you pass this arch you enter a special gathering indeed – The Coven.

The design of The Coven bar was done by Thilo Reich and honors the name. It is dark, but as you enter the space you get a feeling of being a part of a (maybe strange and occult) community. The elements of the interior make you expect a witch to appear. And believe me – they frequent this place. Cages, dimmed industrial style lamps, life-like owl and a head of an antelope on the wall complete the ambience, as the projection of a sinful nun is the last touch, which lets a guest feel the place and has something of the Berghain atmosphere.

The Coven is one of the few queer bars in Mitte. The bar is located between Monbijou park and Hackescher Markt. Despite its central location it is slightly hidden and therefore the public is of great variety, but consists mostly of regulars, which frequent this establishment because of the great concept combined with appealing design, great drinks and fascinating music, which all arose from its owner Armand Manukyan and is upheld by The Coven’s staff.

Armand mans the counter almost every night and gives any visitor a sense of being warmly welcomed together with drinks served with personal touch. The cocktails in The Coven are held as classics with a twist. Our favourite cocktails in the bar are Mezcal and Buorbon Sour as well as Lychee Martini. But Armand and his team make also excellent Mules as well as signature drinks Coven Garden and Coven Julep. The recent additions are the “Cool Kidz”, “Escobar” and “Kiss and tell”, which give you different impressions – from refreshingly dry, through flavorful bitter to sweet and berry. The last one, which you get to taste before you leave after a long night, is “The Hemmingway”, as it is served as a reverence from the house. 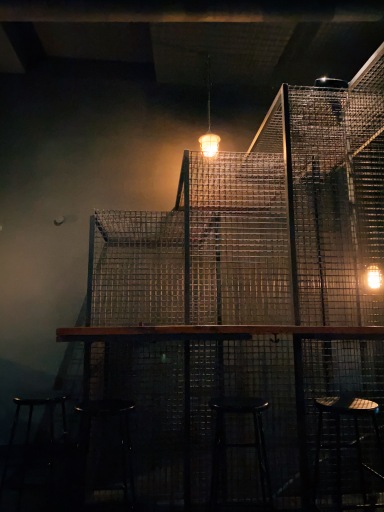 Anyone, who ever attended a party or any other crowded space made use of the Cocktail party effect, which is quite useful in our day-to-day life, but also have significance for modern technology.

Imagine, if you could read minds! There are plenty of books or comics, where authors play with this thought. In many of them the protagonist struggles with blocking the thoughts of the people around her and in some of the plots even goes crazy, because of many voices in her head. The cocktail party effect suggests that humans might be really good at mind reading, if the ability would really occur. The “cocktail party effect” is defined as “the ability to focus one’s listening attention on a single talker among a cacophony of conversations and background noise” (Journal of the American Voice I/O Society, 1992).

What is a simple task, which everyone of us does thousands of times during a life span, is physiologically and psychologically very complicated and still not completely understood up to this date. The most fascinating thing is that humans are very good in separating important information from background noise. However most of the experiments show that our success in this task is connected to our level of involvement – we can recognize pattern best, which we already know (University of Illinois Press, 1963). Already a baby can recognize and repeat a word, which it separates from the background noise. Adults can separate best words and sentences, which they are used to and therefore expect to hear. But in infants case the source is also important – babies mostly recognize words from important persons (mostly the mother) (Perception and Psychophysics, 1996).

That brings us more options of recognition – depending on the direction (position of source), pitch, additional video input or accents. However it is more complicated than a simple filter in our head. The experiments with different inputs to each of the ears showed that humans can easily concentrate on one of them and ignore the other one. But it is quite simple to switch from one ear to another and the information in the not-attended ear is also saved. Like in the situation where you are listening to something else and another person says something to you. The first reaction is: “What did you say?” But then you immediately recall the said words. This however doesn’t work if some time passes (John Wiley and Sons, 1976).

So it is not a simple filter, but much more complicated process with a short-term buffer for non-attended information and long-time storage for information of interest. Additionally, a fast switching between inputs can happen. There are also some interesting effects for learning. As a presence of a second input reduces the efficiency of the learning from the first one. However, if both inputs are important than you can learn more from two sources.

The importance of cocktail party effect is dual – once we have the physiological and psychic process of separating acoustic signals, which can say a lot about how human understand this world and interact with it. On the other hand, we have a modern problem of voice interaction with computer interfaces. It is of immense importance for engineers that Alexa, Siri and their kind can separate a specific pitch of their owner as well as make sense of the input, even though there are multiple sources present, maybe even with different levels of loudness at different directions.

The Coven bar is our favourite Berlin bar as it compbines great drinks, stylish design, open mind and minimal music. In this article we reviewed The Coven and the Cocktail Party Effect, which frequently occurs on the premise. This effect is not only of interest from the psychological point of view or for mind reading abilitz, but also in the current voice recognition technology.